Who are we and why are we doing this.

Adam and Thomas got immediately so hooked on the Maldives and the GT fly fishing from their first trip, that they decided to make this adventure available for others.

We are not the first to start up a salt water fly fishing destination, neither are we the first in the Maldives thinking of this, so why do it. Salt water fly fishing for Giant Trevally is normally connected with a high prices and are usually only accessibel to people with a higher income and the time to spend. So we thought, how can this be possible for people like us, working class heros with a more versatile income and big dreams. So getting hooked on something you can only afford every five years is a no go. Its just too long for anyone to wait. So we decided to go on an adventure. We went to the Maldives for the first time five years ago, High of expectations we arrived, and after just a couple of days there was not an inch of doubt in our minds this must be fly fishing heaven.
Never had we seen so many big fish and different species in one place. the sea moored with life, an adventure was about to begin.

Thomas born and brought up in copenhagen. (Denmark) He has been fishing for as long as he can remember, he started fishing in the marsk north of copenhagen at the age of seven for Pike and Perch, and he became so obsessed with fishing that he brought his fishing gear to school just waiting on getting free. A the age of thirteen he was introduced to flyfishing and fly tying, and has been flyfising since then. He became frenzy obsessed with Gt flyfishing the day he stepped into the surf zone. And he has since spent all his accessible fishing time hunting Giant Trevally in the surf zone.

Your host, Thomas, is an accomplished fly angler who is familiar with the fishing destination and is on one hand to offer advice on where and when to fish, fly choice, what tactics and strategies to apply and assistance with knots and leaders.
Thomas will fish with guests on a rotational basis pointing out fish and offering advice on aspects such as casting and stripping techniques. He will also ensure and enforce clearly defined safety measures and precautions at all times.

Adam Seitzmayer comes from more than 20 years of tour managing rockstars and executing events and festivals. In other words making sure the guests get the best experience at all times leaving memories that you will look back on with joy and a big smile. He has been fishing for 10 years and got hooked on saltwater flyfishing from his first Bonefish in Mexico.

Adam will host and accompany you all the way from your arrival to your departure with great enthusiasm and joy. 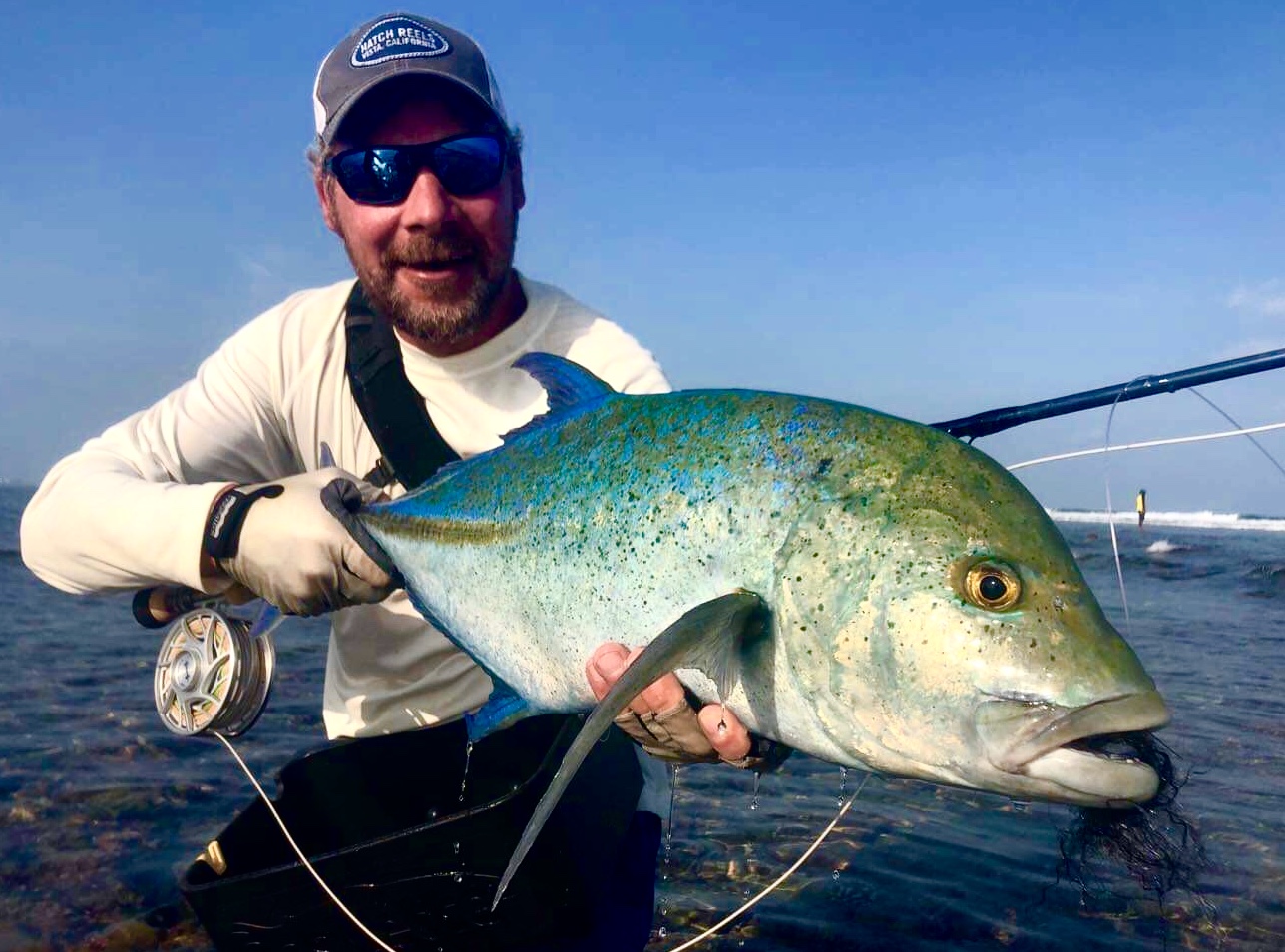 For Hassan fishing has been a part of his life for as long as he can remember. He grew up fishing and diving with his father and brothers on the Maldives. Hassans lifelong passion for fishing and his knowledge about the environment he works in has given him the experience and skills to guide and point out fish on the coral flats and in the surf zone. He will give you a better understanding of the environment you will be fishing in, and he takes great satisfaction in sharing his knowledge with his guests. 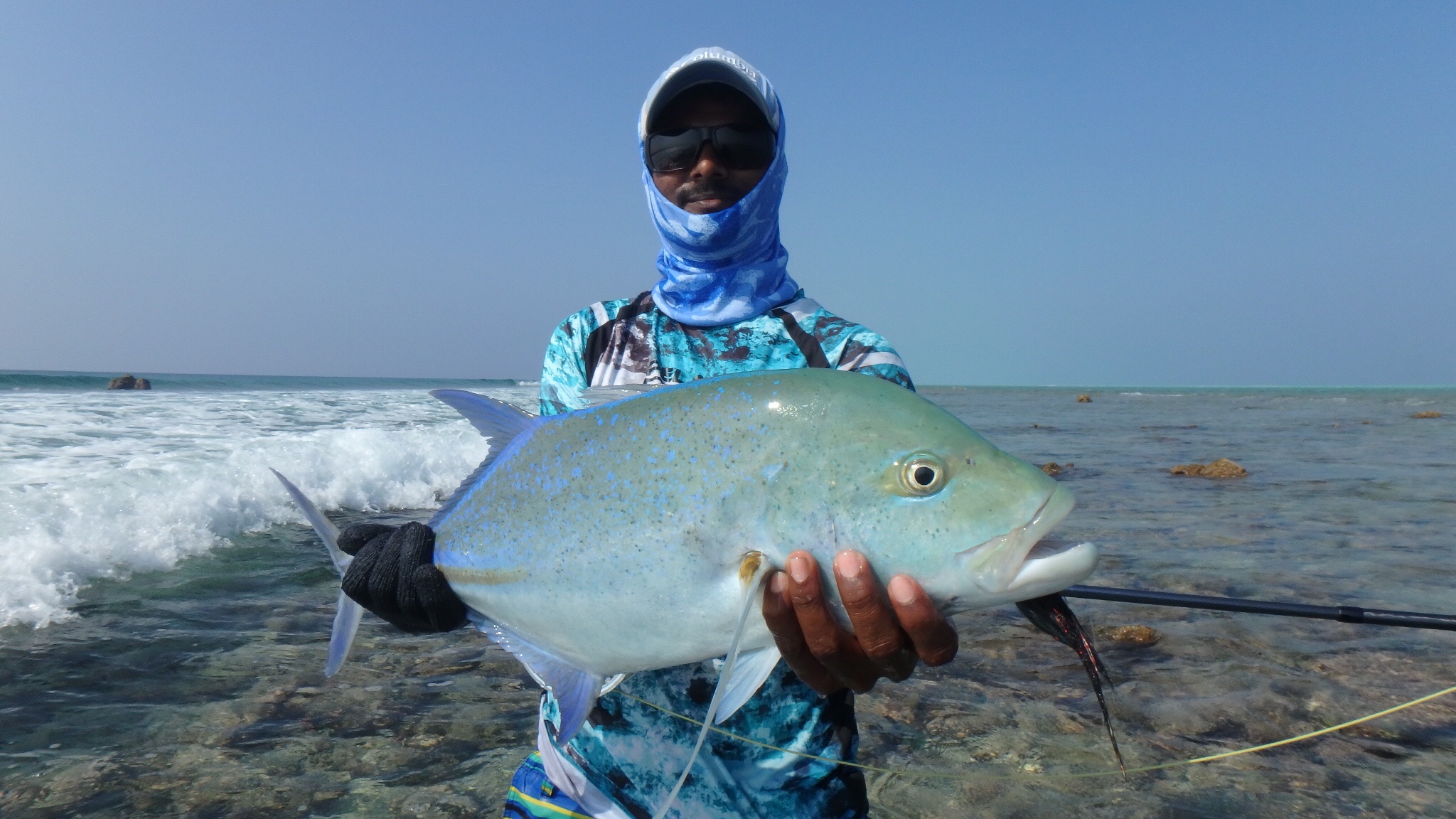 
Born and raised at the atol, Ahmed has been fishing for as long as he can remember. Ahmed has been traveling and fishing around the Maldives and his approach to succes as a flyfisher and guide is his ability to find fish on the coral flats and in the surf zone. His passion for the Giant Trevally and the environment he works in has given him an immense knowledge about ocean tides, the moon phase and the understanding of where the GT likes to hunt. That is the key to succes when flyfishing on coral flats and the surf zone. 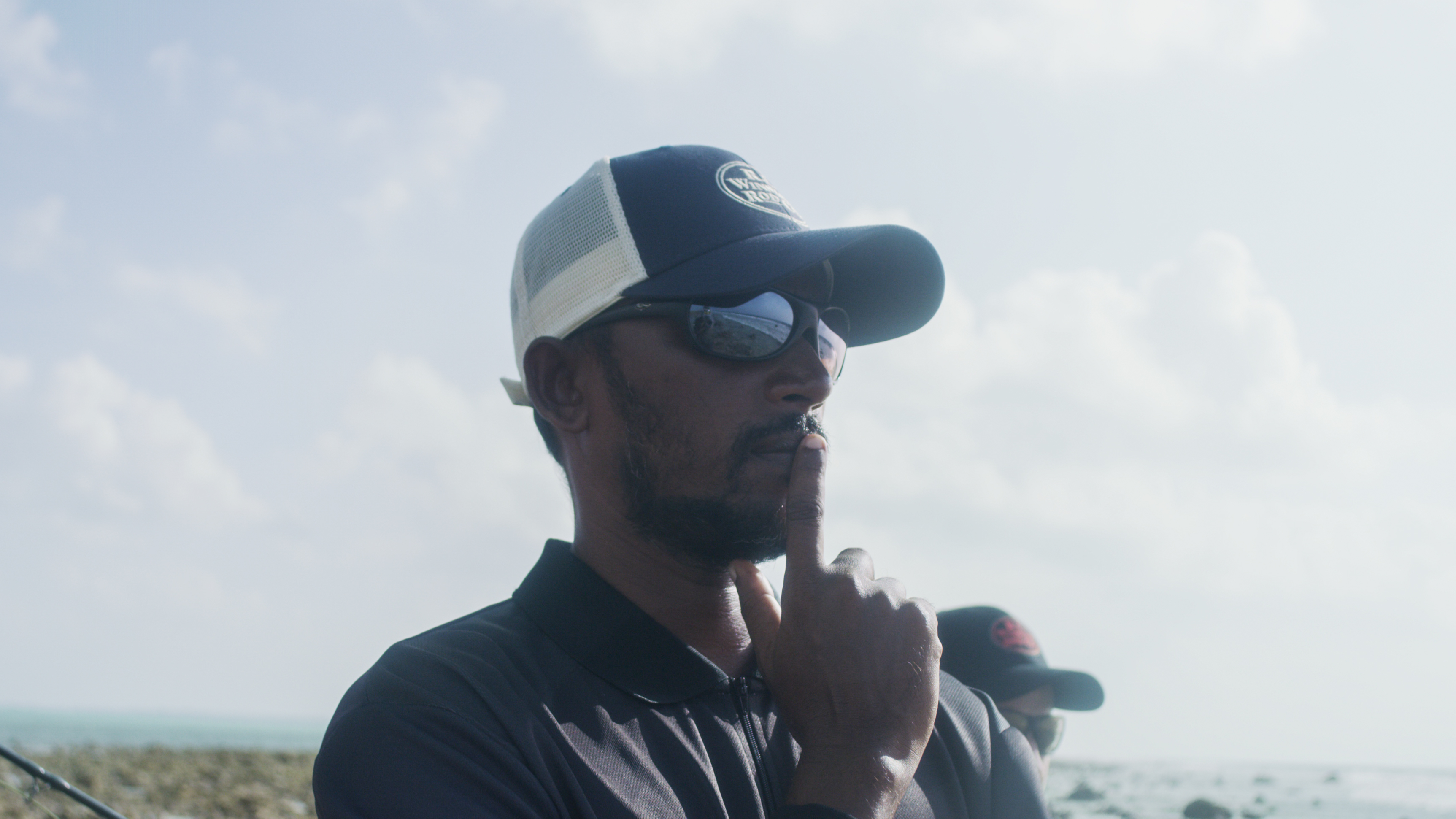 Kristina has worked with finanse and administration for more than 15 year. Although she does not fish herself, she, being the spouse of Thomas, has been involved in the art of fishing for almost 20 years. Kristina is a very active traveler and enjoys sport and nature. 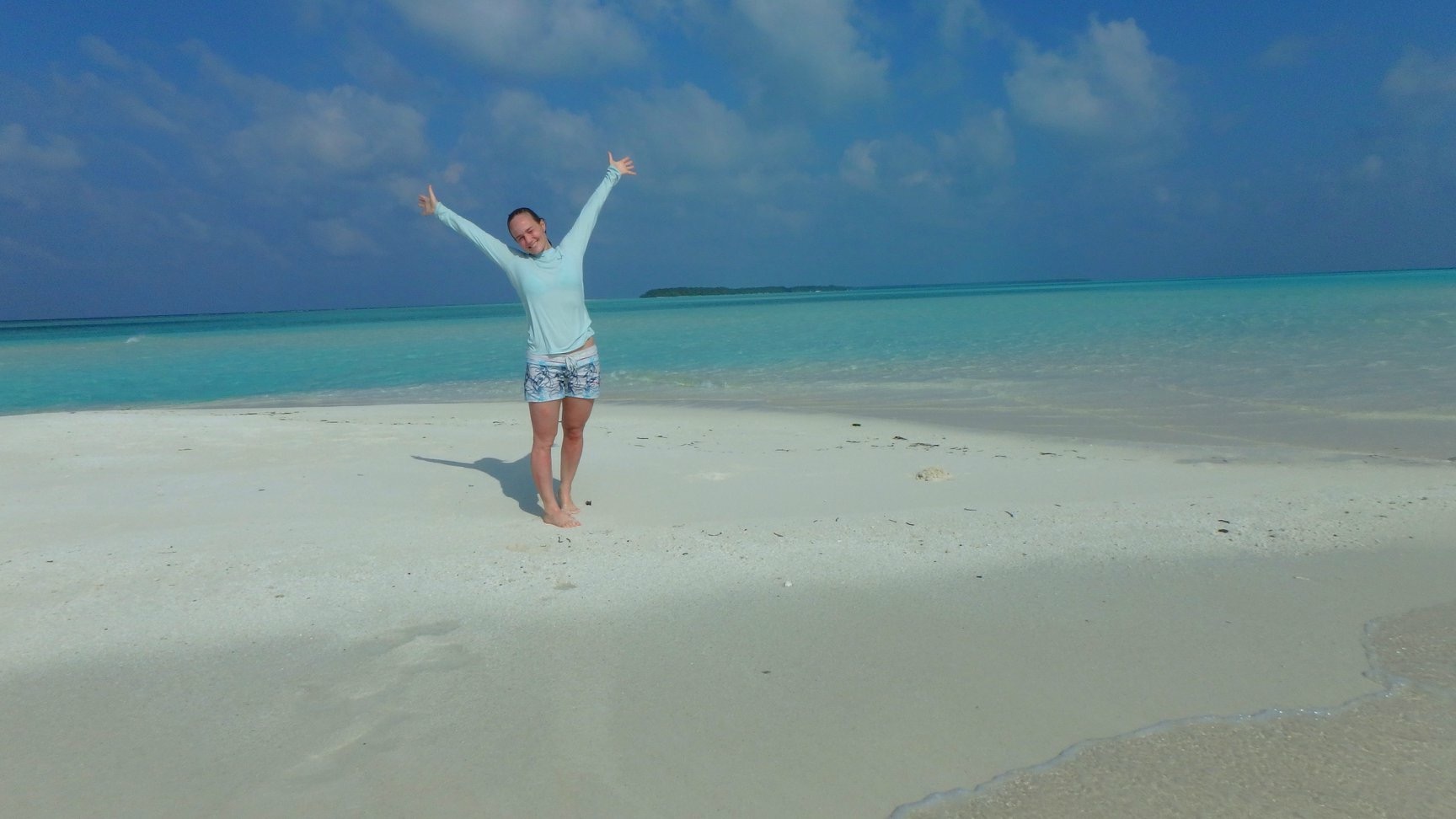 Max is in charge of the GFT instergram, GTF facebook and parts of the GTF website.
Max lives in the center of Copenhagen and has been fishing since childhood. Most of his fishing experiance centers around Copenhagen where there is a great diversity in the fishing. In 2019 Max joined us to the Madives, where he improved his already great flyfishing skills. ”It was hard at first, but trust me, you learn quickly when you’re standing on rock solid sharp coral looking for cruising shadows. What you experience when standing on those reefs, can’t be described by words. At first I was overwhelmed, the heat, the salt, the fish and the food. It all exceeded my expectations.” 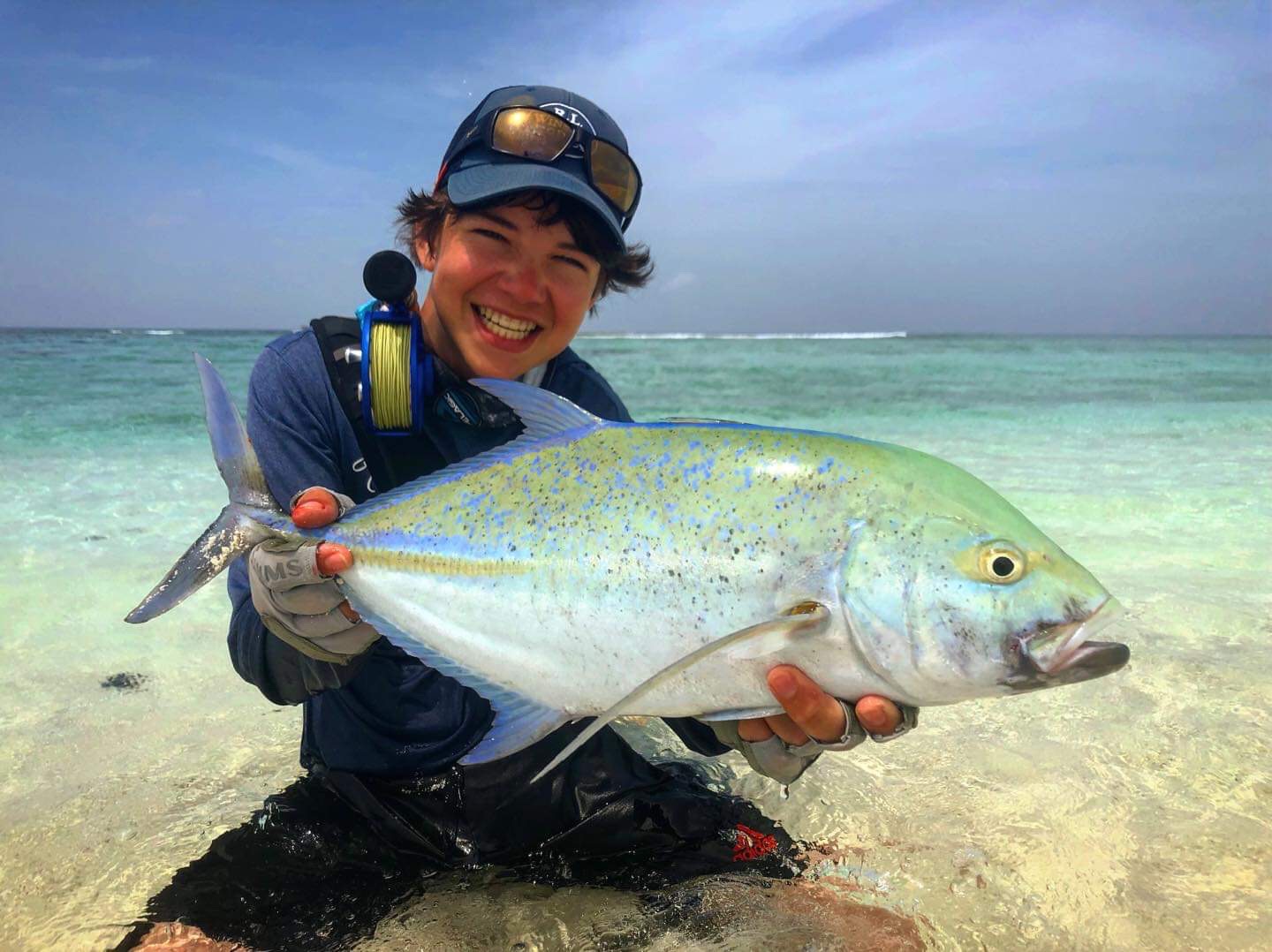 The environment that you are fishing in contains buffering waves and razor-sharp coral heads resting on a rocky underground structure that will give you a memorable experience.

DO YOU WANT TO JOIN US?