We are offering unforgettable lifetime experience in some of the most spectacular places in the world. Join us for a fishing trip that will stay in your memory for life.

It is all about having fun, and getting the most out of your time and value. It doesn’t matter if you’re a fanatic fly fisher or if your are a hard core spin fisher. Wether you are hunting for the price of your life, or just want to have fantastic family experience out of the ordinary. GTFlyfishing is ready to give you an unforgettable fishing trip. We will walk the line out, to ensure the the most captivating experiences for you. 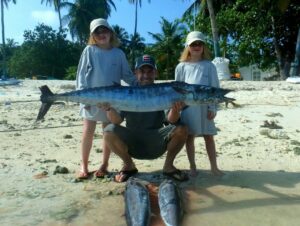 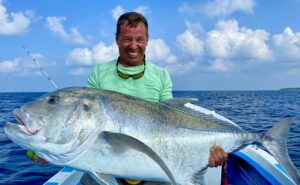 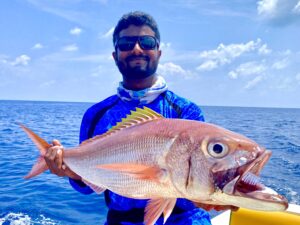 Our domain ranges from the Maldives picture perfect sandbanks witch can hold any things from Bonefish, Triggerfish and different smaller species of Travelly such as Golden Travelly, Goldspottede Travelly, Bluefin Travelly, Sweet lips and many other beautiful hard fighting reef species to the challenging surf zone were the fly fisher can find the King of the coral reef, the Giant Travelly. And from the coastal reefs with abundance of hard fighting game fish such as Red Bass (Lutjanus Bohar) and various species of Job-fish among other, Green Job-fish (Aprion Virescens) and Ruby Snapper (Etelis Carbunculus) and an incredible number of various Groupers. To the deep blue ocean, which is were we find the Wahoo and the Sailfish, and on very rare occasion the mighty Striped Marlin, some of the fastest and most amazing fish in the sea. To the darkness of the deep abyss witch is infested with an overwhelming diversity of different species with many that is not jet scientifically described.

And if that is not enough, we are now offering fly fishing to the Caribbean ocean to some of the oldest and finest fly fishing locations for Bonefish and Permit where it started in the beginning of the in the nineteen forties. Legendary Andros Island, on one of the oldest and most established fly fishing loges in the Caribbean. Here you can enjoy yourself with lots of comfort and a cookery that goes beyond what one can imagine. 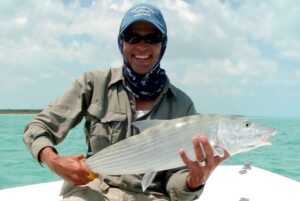 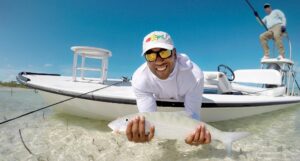 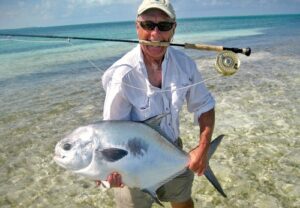 And if you are fans of Ernst Hemingway, and have a weakness for rum and big cigars, and of course lots of world class fly fishing, then you might appreciate our destination to Cuba which is enriched with lots of cultural sights as well. We will travel to the largest swamp in Cuba, Cienaga De Zapata, which is a protected area infested with the most wonderful wildlife one can imagine located on the northern peninsula. Here we can enjoy fly fishing in large untouched areas such as mangrove forests, inshore lagoons and beautiful Caribbean flats in our search for Bonefish, Permit and Tarpon. 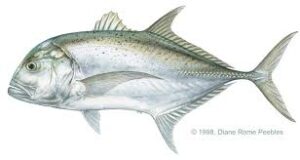 And we are constantly searching and working on finding new exciting destinations.